“I Shopped it Till I Dropped, But Nobody’s Buying”

Let’s start with the obvious: I only take on projects I believe I can sell. So it’s pretty depressing to go through two or three rounds of submissions to publishers and not get any interest. Believe me, this happens. Because of the rapidly changing marketplace, we simply can’t predict success with the accuracy we used to. 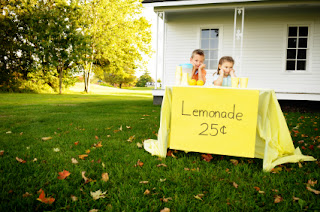 It’s tough to have this conversation with an author, because their inevitable and immediate response is, “Aren’t there more publishers you can send it to?”

Usually, by the time we decide we need to have this conversation, the answer is no. Each editor and imprint is looking for certain kinds of books. We can’t just send your manuscript to “everyone,” we can only send it to those who are looking for something like what you’ve got. And that is a finite number.

So what do we do now? There are some variables.

→ If the manuscript got past the editor and on to the editorial team at some houses, maybe even to the pub committee at one or more houses, then we know we were close. We probably got some feedback about why it didn’t get picked up. We’ll move forward based on that feedback. Maybe it’s a rewrite; maybe (with nonfiction) it’s spending a year or so building a platform.

→ If the manuscript never got past an editor, then we know we weren’t even close. But again, we probably received some feedback telling us why the editors didn’t want to champion it. We’ll have to honestly assess if the project is salvageable. The agent will have to decide if it’s worth spending more time on. Remember, the agent may have already gone through one or two rounds of edits (or more) and has been shopping the project for several months, and obviously hasn’t gotten paid. At this point, the agent must ask herself how much more time she’s willing to put into a project that may be a lost cause.

You and your agent will talk about where your project is and what needs to happen next. She may help you through another edit. Or, it would be perfectly reasonable for her to send you off to get the editorial or platform-building help you need, and come back when your project is more saleable.

Or she could tell you she feels you should set this one aside, and she wants to begin working with you on a different project. I’ve done this a couple times and we did sell a project…and eventually went back and sold a revised version of the first one. Sometimes that project you couldn’t sell wasn’t “unsaleable,” but rather not saleable as your first published book. Maybe it’ll work as a second or third book.

If your agent decides to let your project go altogether (and if that’s your only project, she may be letting you go, too) it’s probably because the process of shopping it, getting feedback, exploring the marketplace, etc., has convinced her that it’s not viable for any of the traditional publishers she knows, and it wouldn’t be worth her time to try searching out smaller markets.

Of course, at this point, we’re back to where we were yesterday… you may be able to sell your project on your own to a small indie publisher, or self-epublish it.

Regardless of what you end up doing, this is not a fun place to be.