When I first started this job, I was repeatedly surprised at how often it seems to bring a sense of failure. Whether or not I’m truly “failing,” it’s amazing how often I feel like I am. 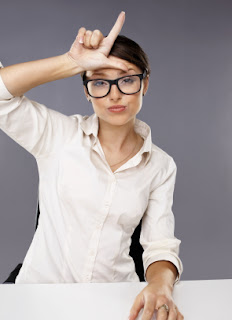 I don’t sell every project I take on. I get rejection letters from editors every day. I can’t always meet everyone’s needs as quickly as I want to. I’ve taken on clients that weren’t a good fit and then lost those clients. I’ve made decisions I later realized were the wrong ones.

Yes, there are lot of daily successes, everything from selling a project, to helping a client solve a manuscript problem, to coming away from a contract negotiation feeling like everybody won. But human nature being what it is, I often feel like the failures overshadow the successes.

Awhile back I had a period where I was feeling the failure particularly acutely so I went searching the Internet for articles to help. Turns out, everyone and their brother has blogged about failure. And every successful person in history has a quote about it, too.

Hmm, wonder what that means? Clearly, everyone fails sometimes. But I needed a way to deal with it. How could all these articles and blog posts help me?

I read article after article and found that most of the wisdom on dealing with failure advises we do things that I was already doing instinctively. Things like:

~Reframe the failure and look at it as simply part of the process.

~Accept that any endeavor worth trying will involve some risk and experimentation, and hence, failure.

~Use every failure as an opportunity to reassess what you’re doing and how you’re doing it. Figure out how to do it better next time.

~Realize that if you’re not failing sometimes, you may not be taking enough risks or pushing yourself hard enough.

~Just keep getting back up, knowing you’re smarter now than you were before the failure.

Here are the three quotes that have been most helpful to me:

Failure is only the opportunity to begin again more intelligently. ~Henry Ford
I have not failed. I’ve just found 10,000 ways that won’t work. ~Thomas Edison
Success is not final, failure is not fatal; it is the courage to continue that counts. ~Winston Churchill

They sound like platitudes until you’re in that place where you feel like an epic Loser … and suddenly they make sense.

Get back up. That’s really all you can do. It’s the only thing that makes sense to me.

What about you? How have you failed? What kind of wisdom has helped you deal with it?