How Can You Tell How Well Your Book is Selling? 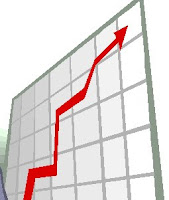 Mark Polino asked: Can you suggest ways for an author to tell how well their book is selling?

This is sometimes a tough one for authors. The most reliable way to keep track of sales is through your royalty statements, but as you know, those come infrequently, and it can be frustrating having to wait so long to get a solid idea of how well your book is doing. You can keep track of your Amazon rankings, but that’s completely useless when it comes to hard numbers.

The best way to find out your sales is from your publisher. Periodically, your agent can request a sales update from them, although we want to avoid being an annoying pest simply because the author is curious. Also, authors need to be aware that any “sales figure” you are given apart from royalty statements needs to be taken with a grain of salt because they can be inaccurate.

First, “sales figures” can refer to different things – either the “sell in” or the “sell through,” which are two entirely different figures. You need to know what you’re asking for, and what you’re getting. (See this post for explanation of sell-in and sell-through.)

Second, sales figures given by the publisher could be accurate for the moment, but in the long run be entirely wrong, because (for example) the publisher may have sold-in 3,000 copies to Barnes & Noble, but in two months, B&N could return 2,000 of them. For obvious reasons, publishers are hesitant to give out a number to an author that could very well end up to be totally wrong, leading to the author having unrealistic expectations, and frustration (or even anger) when those expectations aren’t met.

Besides the publisher itself, the best way to track book sales is through Bookscan, the company that tracks book sales. It’s far from a perfect system since it doesn’t track every single copy sold, and there are some major outlets that Bookscan doesn’t track, but it’s the best we have. However, Bookscan is prohibitively expensive to subscribe to, so it’s unlikely you as a writer will find it worthwhile to pay for it just so you can know your sales week to week. I am aware that certain writers’ organizations such as RWA offer less expensive Bookscan subscriptions to their members, so if you’re a member of a writers’ group, it wouldn’t hurt to ask.

So, how do you know how well your book is selling? The answer for most writers is that you can get a general picture by watching Amazon, bestseller lists, and maybe getting an update from your publisher every couple of months; but you’re never going to get exact numbers until your royalty statement arrives.