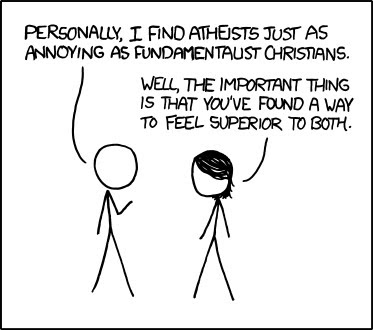 Cartoon from xkcd.com. Click for many more.
Thanks to Rachel Held Evans for the link to the site!
(Comments are closed.)