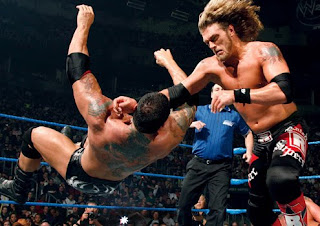 If you think things were starting to get crazy in publishing, the last week just turned everything upside down again. As you know, Apple introduced the long-awaited and much-hyped iPad (here’s a quick overview from PW), which looks to me like it’s going to live up to the hype. (Watch this video if you haven’t already.) Do I want one? You’d better believe it. But I’m not going to buy a first generation iPad. In fact, I’m hoping they’ll eventually introduce a smaller one that will fit into my handbag, at which point I’ll pretty much sell everything I own just to get one.

The big news for publishing is not just the iPad itself, but the way that Apple has been working with the Big Six publishers to create a new business model for eBooks, completely changing the economics of eBooks for both publishers and authors. I’m not going to explain it in detail because Kristin Nelson already did a great job on her blog. Bottom line, as Kristin says, this completely changes the game of eBook rights, leaving agents scrambling to keep up with it, trying to make sure we negotiate the most favorable contracts for our clients. Stay tuned as this evolves. (Get it? e-volves?) The story is just beginning.

Apple is, of course, eager to take over from Amazon as the world’s largest bookseller (they have a long way to go) but the battle for world domination is taking some strange twists. It’s all happening against the backdrop of a struggle that has been taking place for the last several months between Amazon and some of the big publishers over eBook prices. Amazon has been insisting their Kindle books be sold for $9.99, while some publishers have been fighting hard for a higher price, like $12.99 or $14.99.

Late Friday night, news broke that something strange was happening over at Amazon when a few authors started noticing that their books were no longer showing up on the Amazon site. Soon it became clear that all the missing books were from Macmillan (one of the largest publishers) and a glitch was suspected. But the truth turned out to be almost surreal. Amazon has been locked in a struggle with Macmillan over eBook prices. Apparently the folks at Amazon got weary of negotiating and decided to wield their power instead, so they removed every Macmillan book from their site. You can buy Macmillan books from resellers, but you can’t buy a new one from Amazon itself. This is supposedly a temporary measure to make a point, but as of Sunday night, Macmillan books are still not available on Amazon.

The whole thing left all of us going oh… my… gosh.

Sunday morning things got even more surreal and Big Brother-ish when (allegedly) people who had downloaded free sample chapters of Macmillan books on to their Kindles found that the chapters were no longer on their Kindles. Just…. gone.

Sunday afternoon Amazon posted an official letter to their customers, stating, “… ultimately, however, we will have to capitulate and accept Macmillan’s terms because Macmillan has a monopoly over their own titles, and we will want to offer them to you even at prices we believe are needlessly high for e-books.” Publisher’s Lunch asked, “Could publishers have triumphed so quickly…?” We shall see.

All of this brings up the sticky issue of DRM or digital rights management, something we can no longer afford to ignore. If you’re not aware of what DRM means for you as a reader, it’s basically this: DRM locks and protects digital files from being altered or shared, meaning your Kindle book (or Sony Reader book, or the book you buy for your iPad from the Apple store) is not readable in any other form or on any other device. What this also means is you really don’t own your digital books. You might pay your $9.99 but that eBook is not yours to do whatever you want with. Not only can’t you share it, Amazon can (apparently) take it back from you anytime they please. (Not necessarily legally – that part remains to be seen.)

These issues – eBook pricing, the wars between companies and technologies, the ongoing debate over DRM – are complicated and they’re not going to be solved anytime soon. The stories are going to continue and they’re going to be strange, because we are in new territory.

Not since the invention of the printing press has publishing been so profoundly affected by technology. Other innovations have affected many aspects of the business of publishing, but the development of the eBook and the devices on which to read it affects publishers, authors and readers. Basically: everyone. So we’re definitely in a new place.

Bottom line for you as a writer: Keep writing good books. People will continue to want to read them, regardless of the form and format of the delivery. Are you going to be able to make a living writing books? That remains to be seen. But keep writing, because people are going to keep reading.

Also: This is one more reason to try and have a good agent who has his/her eyes on everything happening in publishing and is going to be able to get you the best contract language and protect your intellectual property as much as possible in this constantly changing environment.

Q4U:
Do you want an iPad?
What’s your response to all these crazy happenings in publishing?
What does it make you think both as a writer and as a reader?

For further (and more in-depth) reading:

Here is an article from the NY Times.

Here is an article from Mashable.

Here is an article from Cory Doctorow.

P.S. Here’s the Wikipedia definition of DRM, in case you are confused: Digital rights management (DRM) is a generic term for access control technologies that can be used by hardware manufacturers, publishers, copyright holders and individuals to try to impose limitations on the usage of digital content and devices. It is also, sometimes, disparagingly described as Digital Restrictions Management. The term is used to describe any technology which inhibits uses (legitimate or otherwise) of digital content that were not desired or foreseen by the content provider.