Q4U: Does the Query System Work? 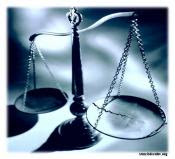 Over the last couple of years, I’ve noticed one of the refrains popping up around the blogosphere every now and then is the idea that the “query system” is inadequate. There’s got to be a better way, people say. This system is inefficient and unfair and just doesn’t work.

I actually think the query system works. It may be inefficient and time consuming, but it’s incredibly democratic, which is something writers should appreciate. In the query system, everybody has access. All the other possible systems I’ve heard proposed are not nearly as democratic—they limit access somehow.

In the query system, you don’t have to know someone to get discovered. It’s not necessary to have previous publishing credits. No particular formal education is required. Everyone has a shot.

So, does it work? You tell me.

More importantly, if you don’t think it works, do you have a suggestion for a better way?

You already know my thoughts, so I’m NOT going to jump into the comments and argue with your opinions. I’m not going to tell you why your idea won’t work. I really do want to hear your thoughts.

I’m sure any of those systems could be seen as unfair, frustrating, subjective, based on who you know, or being in the right place at the right time. Or worse, based on things like how attractive a person is, or how much money they have, or sheer dumb luck. The process of finding your way into publishing isn’t easy but it certainly could be worse.

Does the query system work? Why or why not? What would make it better?

I look forward to hearing your thoughts. Have a great weekend!