Sometimes It’s Not About Your Book 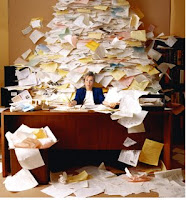 I’ve said this before, but after all the comments on last week’s guest post about rejection, I thought it would bear repeating.

Sometimes it’s about the numbers. On some level we all have to acknowledge this basic truth. No matter how much I love a project, I’m still looking at it in context of hundreds of others.

And looking at the numbers: If I get, say, 400 to 500 queries a month, and I can only say yes to a couple of them, there’s a really good chance that there are perhaps dozens of amazing, worthwhile projects in there. I still can’t take them all on. The numbers don’t work.

It’s a supply and demand issue. The supply of good writers outweighs the demand for them.

Compare it to the housing market. Your house might be beautiful and perfect in every way. But if there are ten other similarly perfect houses for sale in your neighborhood, in an economy where few people are looking for new homes, you may have a tough time selling it. That doesn’t mean your house isn’t great. It just means the supply and demand is not working in your favor.

As you know, agents receive plenty of queries from authors whose work hasn’t reached publishable level, or the book doesn’t interest us personally. But more often, we receive good queries that just don’t stand out quite enough amidst the sizable crowd. The query/rejection process doesn’t usually allow you to know the difference. You won’t always know why an agent sent you a pass letter.

That’s the system at the moment, though. If you keep doing this long enough, and learning along the way, there’s a good chance you’ll eventually be the one who stands out. Try not to get too discouraged – sometimes what separates the published authors from the unpublished is persistence, patience and time.