Tell Me the Truth Now 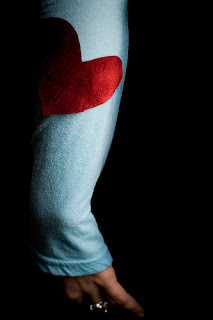 No matter what I blog about lately—no matter where we go in the blogosphere as a matter of fact—somebody always turns it into a conversation about two things:

(1) Publishing is dead or at least in its final death throes; and

(2) Everyone should pursue self-publishing and if you don’t, you’re an idiot with your head in the sand.

Let me just say this:

I completely disagree with both of those statements.

Yes, publishing is undergoing a tectonic shift, nobody is denying that. But the shift cannot be accurately described as “dying.”

And yes, self-publishing (or indie publishing or whatever designation you want to give it) is increasingly an attractive option for many people, which is a development I completely support. I am, after all, a person in business for myself and I can appreciate that entrepreneurial spirit! I’m totally on board with it.

If that describes you, it’s time to speak up.

Q4U: Why are you pursuing traditional publishing?

Let’s be honest here. Don’t think about anyone else’s reasons. Don’t argue for traditional publishing as a concept and don’t try to convince anyone else of your way of thinking. This isn’t about an agenda. It’s about you.

Just tell us, straight from your heart, why you hope to be traditionally published.

And have a great weekend!