What About the Readers?

Most of you are probably a bit tired of reading about the e-book/self-publishing revolution, but today I’m going to jump into the fray with a question I’ve been thinking about. 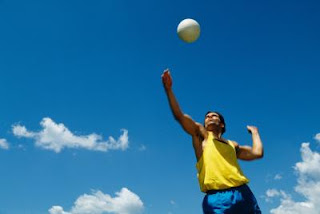 As traditional publishing is no longer the only or even the best option for writers to get their work published, more and more people will go the route of self-publishing their books. I’ve said before and I’ll say again that I don’t have a philosophical problem with this, and in fact, in private conversations I find myself encouraging some writers to go this route.

But as I’ve considered the proliferation of self-published books that will surely grow exponentially over the next few years, I began to wonder: Who benefits from all of this?

Surely not the reader, who already has thousands of books from which to choose, and who will never in a lifetime run out of choices even if all publishing were to cease today. Right now, it’s not readers who feel like they’re in crisis. It’s writers—and to a certain extent, publishers. So writers are looking at alternate ways of getting their work in front of readers, and publishers are working to keep up with the times. And meanwhile, readers walk into Barnes and Noble or click on Amazon and find no shortage of books to read.

My conclusion: This trend toward self-publishing serves primarily the writer.

(Not readers and not the publishing industry as a whole.)

It’s a way for writers to get their books out to an audience, to get published, and hopefully get read. It serves the writer’s need and desire. (I’m not saying this is a bad thing.)

The reader, meanwhile, is faced with an increasingly mind-boggling array of choices, and the difficult task of trying to ascertain which of those choices will suit their tastes.

I realize it can (and will) be argued that “more choice” is an advantage for the consumer. I don’t necessarily buy this view and in fact, I think it makes it tougher for readers to choose.

Traditional publishers, for all the complaints against them, have been serving the reader for decades. In their gatekeeper role, they’ve tried to publish only those books they believe the readers will buy and appreciate. They’ve worked with authors, often for months or years, to revise, edit and polish prose so that the reader receives a quality product. They’ve worked with all the old-fashioned distribution channels to see that books appear in the places (i.e. retail stores) where readers will find them.

Who will serve the reader now? Who amongst us has the reader’s best interest in mind, rather than the writer’s? Who will help readers identify “good books”? Who’s going to tell us which books represent excellence in the use of language and in the expression of stories and ideas? I believe most readers still want this kind of assurance and gatekeeping—they have neither the time nor the inclination (or even the skill) to do it themselves.

Who’s going to successfully identify what readers really want, and figure out how to give it to them? (Hint: Companies like Goodreads are doing a pretty good job.)

My proposition today is this:

The publishers, agents, booksellers, and writers who can come up with increasingly better ways to serve readers rather than writers will be the big winners in the long run.