When Publishing Dreams Become a Nightmare 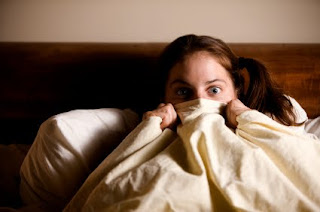 Most of my clients have had terrific publishing experiences. They enjoy working with their editors (even when the revisions are very challenging), they like the titles their publisher comes up with, and they love their book covers.

Allison’s journey hasn’t been so rosy. I’m not even using her real name here because I don’t want to cause any further problems for her.

The trouble started when the publisher suggested a new title for her book, which was fairly plain and generic-sounding but more importantly, didn’t capture what her book is about. In fact the publisher’s title led the reader to think it was going to be a completely different book than what it actually is. We knocked ourselves out coming up with more suitable alternatives that were not only catchy and marketable, they accurately represented the book. We gave lots of rationale for why the suggested title wasn’t appropriate.

After a lot of emails back and forth, we received the declaration from the publisher: The title we have chosen is the one we will use, and we can’t discuss it any further.

Allison was devastated and felt so strongly about it that she considered canceling the contract and paying back her advance. After much thought and prayer, she decided not to do that.

Then we received a cover comp. Oh, my. I’ve rarely seen a worse cover design—unattractive, and so dated you would think the book came out in 1978. Allison was beside herself.

Another few rounds of emails, lots of suggestions and a full month later, we received two more cover comps. One was perhaps even worse than the first. The other was salvageable if they made some changes. So we decided to push for that one and try to get them to make the changes so that the cover at least represents the book. The last we heard, they might make those final changes but they’re past their deadline and over budget so we’ll see.

We’re left with a so-so cover and a title the author still hates. Then after all this—after all the times we tried to explain why their titles and covers weren’t right for the book, and after they’ve declared the cover and title final—the editor emailed to say she’s about to start reading the manuscript (which had been delivered a few months before). It was a little hard for us to accept that they’d been pushing for their title and cover designs without fully understanding the book because nobody there had read it. I shudder to think what the editorial process is going to be like—perhaps they’ll try to edit the book to match the new title?

Allison is doing her best to laugh at the whole situation and keep a positive attitude. She wrote me today:

“There’s a HUGE learning curve with a first book, isn’t there? Lesson #423 : Next contract includes author approval of all cover art, LONG before the deadline.”

Unfortunately I had to give her the news that this is unlikely to happen.

It’s not uncommon for some publishers to be chronically up against their deadlines, never allowing enough time for the author to have input on their covers. By the time they send us comps, they have a deadline about 5 minutes away. In fact, I had that happen twice during this past holiday week—publishers expecting a 24-hour turnaround time during the holidays when many people aren’t even available. (In all fairness, we also work with many publishers who are always on the ball, willing to consult with the author, and allowing adequate time for the process.)

Not only that, but publishers don’t typically grant author approval on covers or titles in the contract, unless that author has proven themselves valuable and the author has more leverage.

I typically try to add a clause to the contract that states the publisher will “consult with author” on title and cover, and that they will send cover comps not less than 45 days before the cover must be finalized. To some publishers, this is almost laughable—45 days, ha ha ha! However, some publishers agree to this.

I guess what I’m trying to say is, regarding Publishing Lesson #423… good luck with that! There are just so many things in publishing that agents and authors can’t control.

Allison is pretty much hating her publishing experience so far, but we’re hoping the release of the book will make it all worth it. I keep telling her that her journey is not the norm, that most of my clients are having positive experiences, and that things should be different with her next book.

But this dream isn’t turning out like Allison expected.

What kinds of publishing hopes and expectations do you have? How will you handle it if things don’t go as you would like them to?