When the Truth Hurts

You didn’t think you’d avoid an American Idol post, did you? (Serves you right for showing up here the day after the premiere!)

Can I just tell you how much fun I have with this show? It’s always such a terrific metaphor for the publishing business, and in many ways, life itself. I can’t help comparing this phase of the show—the initial auditions—to my box of unsolicited queries. Brave people showing up to show their stuff. They’re taking their courageous leap of faith, and they have such a brief moment of time to either impress—or not.

What I find interesting is some of the things the judges say to the contestants who aren’t ready for the big time. Their comments often sound exactly like what goes through my head when I read queries. I wrote some of them down during the show: 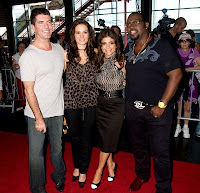 “Some of the greatest experiences come from the blood, sweat and tears… “

“To get to be big in this industry, it takes a lot of hard work, and you haven’t put that hard work in to be here today.”

“I don’t think you’re quite ready for this yet.”

“The reality is you’re not at that level.”

“Either you’re born with it or you ain’t.”

“What are you going to do to make us jump out of our seat?”

This kind of criticism is hard to hear, but as AI clearly illustrates, the judges wouldn’t be doing anyone any favors if they failed to tell the truth. Think about that when you get rejection letters, criticisms, or even edits on your contracted book that feel harsh to you. Yes, it hurts. But the only way to move to the next level, to get better, is to pay attention to the things you’re being told by people who have educated opinions, learn from them when you can, and keep going.

Rachelle Gardner is a Christian literary agent with WordServe Literary Group in Colorado.