A Splash of Cold Water

Some of you may have read the post from agent Kristin Nelson last week about agents fighting over writers. She wrote that every single time she offers a writer representation lately, she ends up competing with several other agents who want the same client. You can go read her post now: Hot Commodity

In response to her post there was quite a bit of talk on Twitter, with writers saying, “I better get my query out there soon because agents are fighting over writers!” But I think the excitement may be based on a misunderstanding of what Kristin wrote. Time for a reality check. 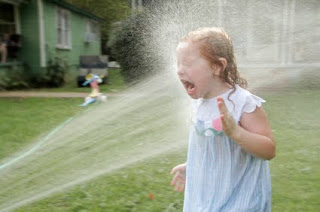 Kristin’s post is absolutely spot-on about agent competition, and I’ve seen the same dynamic lately. I’m typically competing with several other agents for the clients I really want. Sometimes I win, sometimes I don’t.

But the reason this happens is because the majority of queries don’t motivate us to immediate action. When the awesome ones come across our desks, we recognize them and we tend to act fast. Agents are only fighting over a few writers.

It’s important to realize that when a project looks like it’s going to be hot, many agents notice (assuming you’ve sent it to multiple agents.) So if you’re not getting positive responses from agents, try not to blame the agents or make excuses for yourself. If your project looks saleable in today’s market, agents will notice.

Of course, there are all kinds of reasons projects get rejected. It’s a combination of your book, your platform, the agent’s workload and need for a new client, the agent’s preferences, and how the market looks at that very moment. It’s not all about the worthiness of your project. So don’t take those rejections as a reflection of your worth as an author.

But at the same time, don’t be thinking all the agents must be making a BIG MISTAKE by not offering representation. Most agents recognize a saleable project when they see it. And they’ll pursue it, IF it fits what they want to represent.

We get hundreds of queries a week, but we’re only “fighting over” a few of them.

Sorry about that cold water.