Rachelle Gardner | February 23, 2011 | 42 Comments
Advice from Hollywood, part 3
In real life, it’s not what a person says that shows us who they are. It’s what they do. The content of a person’s character is revealed in action and behavior. Who a person says they are, or thinks they are, doesn’t necessarily reflect their true character.
In screenwriting, the challenge is to show a character in action, and have their actions reveal to the audience what kind of person they are—what’s important to them, what they want, what they love, and what they hate. You don’t want characters telling each other (and the audience) who they are. We have to see it. Likewise, novelists need to allow their characters to show us who they are through their actions and behavior, rather than “tell” us who they are through narrative. 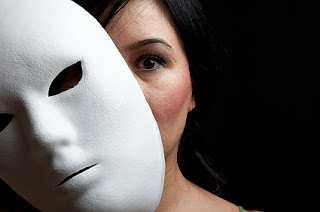 One of the most interesting things to observe in people is how their self-image contradicts the image others have of them. A person might think of themselves as frugal, for example, but a look at their credit card statement reveals the truth. Almost all powerful characters can be described as hypocrites to some extent, because few are so self-aware that they understand all their own flaws and foibles.

So one of the most fun things we can do as storytellers is to show a how a character thinks or talks about themselves as one way, but their actions reveal them to be another way. When you decide to have a character “tell” about themselves either in narrative or in dialogue, it’s most fun if we can see where their telling contradicts what we know about them from their actions. This is one of the best ways to reveal character and keep the audience engaged at the same time.

Action IS character. Let your characters show themselves through what they do, and let their words contradict their behavior whenever possible to reveal even deeper character.

Q4U: Can you think of some favorite literary or film protagonists and how their actions revealed their character? How are you doing this in your novel?