The Talent Here is Ridiculous

Since it’s Hollywood Week, it’s only fitting that we have a lesson from American Idol’s Hollywood auditions. Just last night, Idol’s field was down to 61 performers and by the end of the show it was going to be cut to 24. The contestants’ biggest worry wasn’t their own performance but how it would stack up against their competitors.

They were all good. 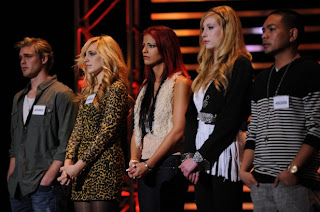 Which meant it was no longer going to be just about whether they could sing. As the competition gets stiffer, the judges are looking at more nuanced details of performance—pitch, harmonizing, stage presence, uniqueness, overall appeal. And each performer is not just being evaluated on their own merits, but measured against everyone else’s.

As one of the contestants aptly commented “The talent here is ridiculous.”

So that’s what you have to remember as you send out your queries, and even more as you make each cut and get further into the process. When an agent requests to see more, when a publisher expresses interest and then takes it to committee… the bar gets higher and higher and it’s no longer just about you. It’s also about whether you fit what they’re looking for right now, and about how you stack up against everyone else in the competition at this moment in time.
There are a lot of talented writers out there. You may be one of them. But you’ve got to brace yourself for the competition aspect of this business—it’s never going to be all about you.

You can only prepare for the competition by being the best YOU you can be. But in those times when you get a tough break, when somebody tells you “no,” when you reach the end of the line in a particular endeavor, remember it’s not necessarily a judgment on you, and it doesn’t mean you’re finished. Maybe it just wasn’t the right timing, or there was somebody else who was a better fit.

Yes, the talent here is ridiculous. So give it your all, don’t hold anything back. As they say, bring it.

Q4U: Does the idea of competition scare you, or inspire you to keep working hard, or… what?