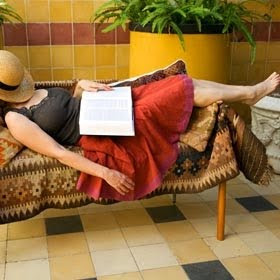 An anonymous commenter on Friday wrote: “It’s hard to know if agents/editors are rejecting you because of the economy or genre or market or what. All they say now is they doubt they can sell it – well, then I don’t want a lazy agent anyway.”

I’m sure most agents reading that would just have to chuckle, which is what I did. I don’t think anyone who’s “lazy” would be an agent for long. Since we work on commission, we can’t put food on the table if we don’t get results. So there’s no place for laziness. Not that it couldn’t happen (nothing’s impossible, right?). But I’d have to say, there are a lot of reasons agents don’t get everything done as well or as quickly as they’d like (a problem for people in most lines of work) but laziness wouldn’t be at the top of the list.

More importantly, agents don’t say they doubt they can sell it because they don’t want to work hard. They assess your project, assess the market, and make a calculated decision about whether this would be a good way to spend their time. The more they love the project, the more they might be willing to take a risk, even if the market isn’t completely favorable. They know they might spend months trying to sell it, to no avail (and no money), but they feel that particular project is worth it.

But if it’s a project they perceive as good but not great, and they don’t feel the market is open to it, or they don’t have any editor contacts who seem right for it, it just won’t be worth their time. Like most of the things we talk about on this blog, it’s a business decision. Sometimes, a project can be great in an agent’s estimation and they’re wildly in love with it – but they still doubt they can sell it and they say no.

Regardless of our line of work, we all have to make wise decisions about how to spend our time. So if someone says they doubt they can sell your project, take their word for it. No need to demean their character (“lazy agent”). Just move on and find someone who does think they can sell it.