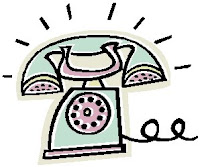 It’s the moment every writer dreams of: the day an agent emails or calls to say, “I’d like to discuss representation.” How does that work, anyway?

Keeping in mind that each agent has their own style of doing business, and also that no two situations are exactly the same, here’s what happens.

First, let’s back up to where we were yesterday: I was beginning to read the full manuscript I’d requested from a query I’d loved. I’m still reading it, and as I do, I’m constantly asking myself questions. Is the writing publication-quality? Do I want to keep reading? Am I finding value in what I’m reading? Is it entertaining, compelling, meaningful? Is there an audience for it? Do I know of any specific editors who would love it? Is it something with which I’d like to be associated? I’ll also be assessing whether I think it will need much editing before sending it to a publishing house.

Unfortunately, this is often where the process ends. I’ll be reading along, and it’s not what I expected, doesn’t live up to the query, or simply isn’t compelling enough. Or maybe the writing is still a few notches away from being ready. Sometimes people have terrific concepts that they’re able to pitch beautifully, but the execution isn’t quite there.

At this point, sometimes agents take the time to write an explanation of why they’re rejecting the manuscript. But sometimes writers get back brief responses to their requested fulls, with no real explanation. “Sorry, this just isn’t for me.” You may be upset—you sent an entire manuscript and you expect at least a reason the agent isn’t going to say yes! But the agent has already spent considerable time, hours probably, on a project they’re not going to pick up. They may not feel like they can justify the extra time it will take to write up a detailed explanation. Plus, the reasons may be too difficult to explain or identify. There’s a good chance the writer wouldn’t understand, and there’s also a chance another agent might think the book is terrific, so why go into detail? A no is a no. Anyway, you may or may not receive a helpful explanation of why the agent is passing.

But what if this manuscript turns out to meet or exceed my expectations? What if I totally want to represent it?

Normally I’ll email the author and ask them if it’s still available for representation, and ask if there’s a good time for us to have a phone chat. We’ll set up a time to talk. Sometimes instead of emailing at this stage, I just go ahead and call. Writers always seem surprised to hear from me!

On THE CALL, I’ll start by saying something like, “I’m really interested in representing you, so I thought we could chat a bit, learn more about each other, and determine if we’re a good fit.” I’ll ask the author a bunch questions, and I’ll expect them to have questions for me, too. I’ll make sure I’m clear on the status of the manuscript in terms of who’s seen it, especially if it’s been shown to any publishers. (I desperately hope not.) I find out if they’re in conversations with any other agents. I ask them about their future plans… more books? I’ll find out how savvy they are about marketing.

I’ll also tell them a little about me, and let them know they’re free to check with my clients if they want to learn more. Then I’ll let them ask me as many questions as they want. We might talk about which publishers I think I’d approach, and we’ll definitely talk about what will happen over the next few days/weeks if we decide to work together.

When it seems like the conversation has run its course, I usually say something like, “Well, I definitely want to offer you representation. I’d like for you to take as much time as you need to think about this, and then get back to me with your answer.” I usually remind them that this is a decision that should be made carefully, and I don’t want them to respond in haste.

After the phone call, the writer should notify any other agents who have the project. It’s a good idea to let them know there’s an offer of representation on the table, and ask if they’d like a chance to respond.

Then the writer thinks about it, Googles me, emails some of my clients… and after all of this, OF COURSE they call me and accept my offer of representation. (wink)

It’s a straightforward process… but let me tell you, when an agent has found a writer they believe in, it’s pretty darn exciting. And I imagine it’s exciting on the writer’s end, too.

Q4U:
If you’ve been through this, tell us your story. How did it happen for you? Did you get The Call?
Rachelle Gardner, Christian literary agent, WordServe Literary Group, Colorado.