Hoping For a Movie Deal, Part One 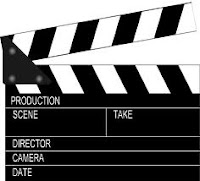 Let’s just start with this assumption: if you’ve written a novel or memoir, chances are you’ve dreamed of it becoming a movie. Admit it! It’s so visual, you think. So dramatic! It’s even better than [insert name of box office hit].

Hey, I agree with you! Plenty of books could make great movies, if only someone were interested in making a movie out of them.

So today and tomorrow I’m going to shed a little light on film rights. Keep in mind that different agents have different ways of handling things, and there is no clear path to Hollywood, but these are some basics.

Literary agents can’t typically sell in Hollywood. (We sell to publishers.) So the only way to get our movie rights optioned or sold is to partner with a film agent. Large literary agencies have film departments whose full-time job is creating and maintaining relationships with Hollywood agencies, and trying to get film agents interested in their authors’ books. But most writers aren’t repped by these larger agencies; that means your agent, in addition to all the work of selling books to publishers, is simultaneously trying to pitch books to film agents.

You must have a film agent on board to get your book considered in Hollywood. The only other path to the movies is if you have a personal connection with a producer, actor, or director who has the power to get a movie made and is also interested in your book.

How does it work?

Your literary agent shops your manuscript to film agents exactly the same way we shop it to publishers. We have our list of contacts. We email them pitches for the books we think are saleable in Hollywood. We talk on the phone; sometimes we have meetings when we’re in L.A. Just like when you send your queries out to literary agents, these film agents can choose to respond or not. If it catches their attention and looks interesting to them, they may enter into a dialogue about it. If not, they’ll just quickly say “no” or they won’t respond.

If we DO get a film agent on board, it’s a great first step but still doesn’t mean much. Now the film agent has to shop your manuscript amongst film producers, directors, and actors, trying to get someone interested. Maybe something will come of it, maybe not.

What are the odds?

I’m not sure of percentages, but obviously, thousands of books are published by the major houses each year, and only a tiny fraction are ever optioned for film. (Less than 1%, I’d guess.) Of properties that are optioned, still less than 1% of those go on to be made into films. Of those that DO end up as movies, it typically takes a long time. Five to ten years would be considered normal.

An option gives a production company the exclusive right to begin developing your manuscript into a film. They may have a writer start working on the screenplay; they may begin trying to attach other elements like directors and actors. Or they may sit on it and do nothing.

An option is always for a limited time, usually 12 to 18 months. Normally nothing happens in that short period of time, so options are usually renewed, sometimes again and again and again, or else the production company loses interest and drops the option. Sometimes your best bet of making some extra money on your book is to get it optioned with repeated renewals; you may never see it made into a movie but you’ll at least get a check each time the option is renewed. (Please don’t ask “how much.” The numbers vary widely, usually from about $1000 and up, for a one-year option.)

Meanwhile, leave your questions if you have them!