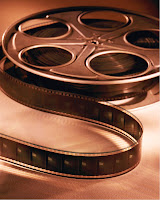 Yesterday I began by giving you some basics on how books start their journey towards a Hollywood movie option. Today let’s talk about how this might (or might not) apply to YOU.

Will my agent shop MY book to Hollywood agents?

Here’s the hard part. Because the odds are against us selling the film rights in many cases, we have to make careful choices about how to spend our time. We have to see something compelling that makes us believe there’s a good chance your book will translate well to film or TV. Some things that make it worthwhile for us to be more aggressive in shopping your book to film agents:

Those are situations in which the agent may spend more time and energy shopping film rights. But in many cases, even when those elements aren’t present, the literary agent routinely sends book pitches to their list of film agents, in case something grabs the film agent’s attention. Or they may work consistently with one film agent (as we do at WordServe) and they’ll show that agent every project they think could work in the movies.

Keep in mind your literary agent already believes in you and your book. They think your book is great—that’s why they took it on. They’ve sold it to a publisher. So don’t take it personally if they aren’t spending a lot of time aggressively trying to get your movie rights optioned. It doesn’t mean they don’t believe in your book. It simply means that the odds are high against getting a movie option, and so your agent’s time is better spent elsewhere.

If your book was sold to a smaller publisher, including most Christian publishers, and it’s a modest success (fewer than, say, 50,000 copies sold), then a Hollywood movie is a long shot.

Sure, there are movies that get made from smaller books, but those usually happen because of a personal connection. A producer or a film scout happened to find the book somehow, and they spent years championing it.

My agent says a couple of production companies have inquired about film rights—how excited should I be?

It’s a great first step! And you can be proud that your book has gotten some attention. But in most cases, the inquiry doesn’t go any further. No counting chickens or looking at mansions on Yahoo Real Estate.

Since I announce my deals on Publishers Marketplace, it’s not unusual for me to get contacted by scouts for film agents and production companies, inquiring about film rights. I always respond and follow up, but so far none of the inquiries have gone anywhere.

If my book gets optioned, can I write the screenplay?

Writing a screenplay is a different art than writing a book. Even if you’ve written screenplays before, the chance is slim that a producer would hire you to write your own screenplay, so this is probably not something to set your sights on. It’s something that can be considered when the time comes. I recommend you don’t dream about a film deal in which you’re attached as the screenwriter.

Will my agent try to sell my book to Hollywood before even getting a publishing deal?

If you’re a bestselling author with a track record, especially if movies have already been made from your books, then yes. If you’re a newer author, either unpubbed or published with modest sales, then probably not. But it’s up to your agent – if she thinks it warrants exposure to Hollywood prior to a publishing deal, then that’s what will happen. And if by some chance the film rights are sold before the publishing rights, or you at least have an option from a production company, then that can sometimes help get a good publishing deal. However, everyone knows that most “potential movies” die long before they reach the screen (in “development hell”), so no one’s holding their breath for the film release.

How do the agent commissions work?

Any more questions? I’ll either answer in the comments or an additional post.