Is the Grass Really Greener? 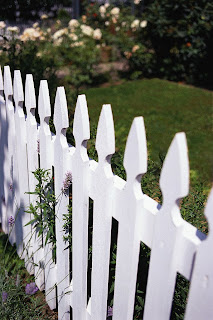 I got an email last week from a guy who turned down my offer of representation a year ago in favor of another agent. He said he thought he’d made a mistake, was pretty unhappy with the agent, and wanted to talk to me again. The agent had submitted his non-fiction proposal to a round of editors, received 100% rejections, and told the author he was “all out of ideas” and suggested the author move on.

I agreed to talk with the writer, but I don’t know if I’m going to be able to help him. The hard part for me is, I know there’s a good chance that if I’d been repping him, he could be in the exact same place—unhappy and looking for a change. His project was a difficult sell to begin with, and the market has been challenging. I might not have been able to do any better. Agents have to know when to throw in the towel. It’s bad business to keep spending time and effort on something that seems pretty clear isn’t going to work. I might have had to make the same decision.

The author also mentioned he felt the other agent was uncommunicative and not very enthusiastic about his project. The author had spoken with one of my clients who raved about her working relationship with me, and so he felt his agent didn’t measure up in comparison. But here’s the problem with that: Not all my clients would rave about me the way that client did. I really do my best for each client, but some projects are more difficult than others, and I usually have so much on my plate that communication occasionally falls through the cracks. Do I try to keep this from happening? Of course. But I’m sure I let people down once in awhile. We all do.

If your project isn’t selling, it’s not always the fault of the agent. While sometimes an author gets hooked up with an agent who doesn’t really have time for them, sometimes the agent took the author on in good faith but publishers just aren’t interested. In this case, the agent and author may lose interest in working together. The bad news is that the author is left looking for an agent all over again. The good news, however, is that if you can find another agent who knows the whole history and is still interested in repping you, it’s possible the new infusion of energy and a fresh eye on your work can get you back in the game.

As agents, we’re used to authors agent-hopping, sometimes after a brief stint with an agent, sometimes after many years. I haven’t been an agent for very long, but I’ve already had clients leave, and I’m also working with writers who were previously repped by other agents (my friends). If you’re unhappy with your agent, you should definitely try and have a conversation with them, and see if things can be worked out. If not, it’s not the end of the world and you’ll have to find someone else.

Bottom line, I don’t think the grass will necessarily be greener. Just different.