The Right Agent for YOU

You’ve probably read a lot in the blogosphere about the importance of finding the right agent for you and your body of work, rather than just saying “yes” to the first agent who comes along. There are plenty of criteria upon which to base this decision. In my post “Questions to Ask An Agent” I’ve suggested quite a few things to think about.

But today I just want to mention one particular thing you might want to pay attention to, if you’re a newer author hoping to be launched into the marketplace:

You want to make sure your agent has experience launching debut authors. 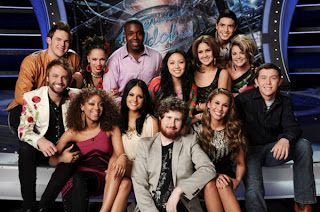 Most agents take on a certain number of new, unpublished authors each year. But some have a client base that is mostly established authors, and it may have been years since they launched a newbie. Since publishing has changed drastically in the last five years, you want someone who knows how to do this in the current publishing landscape.

I recently spoke with an author who had turned down my offer of representation the previous year, in favor of a larger and more well-known literary agency. The agent hadn’t sold her book, and consequently dropped the client. I questioned the writer about this, trying to figure out what went wrong because I know this writer has several more good books to offer. If I’d been the agent, I’d have learned what I could from the first round of rejections and forged ahead with book #2, making sure we didn’t make the same mistakes the second time around.

The writer got the impression that the agent, having worked exclusively with established authors, didn’t have the stamina or the passion to persevere in the face of this daunting challenge. That made sense to me—I know from experience what it takes to be committed to new authors. I must believe whole-heartedly in the project and the author if I’m to have the determination to push through the inevitable roadblocks a debut author faces.

It’s pretty easy to check an agent’s track record and see if they’ve brought new authors to the market. If you read agent blogs and Twitter feeds, you can also see who has a heart for new writers. I’m not saying you need an agent who has only new authors, but someone who launches at least one or two a year would be great.

I absolutely love launching new authors! I’m the kind of person who gets really excited watching artists come into their own—I totally get a thrill from watching people develop as artists and business people.

This, my friends, is why I LOVE “American Idol.” You may scoff, but I can hardly overstate how much I love watching these young dreamers do the hard work of turning their dreams into reality. I love seeing how some of them make huge improvements week-to-week on the show as they learn from the judges’ criticism; I am saddened by the ones who aren’t learning and getting better, and so are dropped from the competition.

This is who I am, and this is why I’ll stay committed to bringing up new authors, even as my client base matures and becomes dominated by my multi-published authors (which is happening already). I’ll always have at least a couple of brand new writers on my list.

Do the agents you’re considering love launching new authors? You may want to ask them: Do you ever work with new writers? How long has it been since you launched a debut author? What would you expect to do if this book doesn’t sell?

Q4U: Do you think it matters if your agent handles many new writers? Or would you rather have someone who works with a stable of bestselling authors?

As a special treat today, here’s one of my favorite performances from last week’s Idol. Stefano Langone brought the house down with his performance of “If You Don’t Know Me By Now” from 1989, the year he was born.