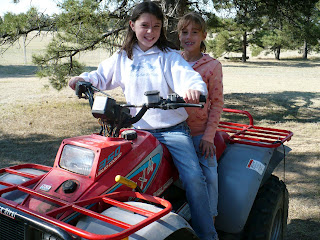 Do you ever read the blogs of those New York literary agents? I do, and I love hearing about their exciting nights on the town in Manhattan and their cute co-op apartments and their urban child-free lives. But here in Colorado, more specifically, here where I live, you haven’t had an awesome weekend unless you’ve grabbed the kids and the dog, gotten outside and communed with nature. Or attacked it in a death-defying sporty activity.

So this weekend I set aside my sophisticated literary agent persona and joined 80+ friends and family members in a camping trip of epic sporty proportions. We’re talking tents, sleeping bags, hiking, dirt biking, ATV-riding, baseball, archery, golf, sitting around chatting, and all the burgers and s’mores you can eat. Not to mention the awesomest roaring bonfire ever. (Notice “reading” was nowhere on that list.) This was our annual family reunion/campout/party, a dirt fest involving five generations, ages 1 to 90, and dozens of kids and dogs running wild.

And lemme tell ya, you haven’t lived until you’ve ridden on the back of an ATV driven by my 9-year-old (a.ka. Miss Putt-Putt) or my 11-year-old (a.k.a. Ms. Speed Racer). The hardest part is wrestling control away from them so I can drive.

And speaking of Speed Racer, I’ll bet you never pictured me as a dirt-biker. Well, I’m not so good at it, and today I have the gnarly road rash to prove it. Yep, I laid that bike down, slid across the dirt and rocks and lived to tell the tale. Bruised and bloody appendages but nothing broken. Wish I had a picture for you, but to be honest, the pictures look pretty gross and I didn’t want to ruin your image of me. Anyway, the little mishap necessitated a change in wardrobe plans for the ICRS convention coming up in less than two weeks. Let’s just say, dresses are out. Full coverage will be needed. Shopping trip is in order. (Darn.)

So the weekend away from technology was a smashing success…(ha ha). I didn’t even bring my Kindle, if you can believe it. But now it’s over… back to work.

Queries still unanswered in my inbox: 63

Number of queries with the word “harlot” in the title: 1

Queries from convicted felons wanting to tell the story of their crimes: 2

Queries written by a stripper for a novel about a stripper: 1

Books described as “a comprehensive excursion into the nuances of the lifestyle of bondage, domination, and sadomasochism”: 1

Projects whose genre was listed as “a spiritual allegory, a political satire, a love story, and a potential musical comedy” (all in one book): 1