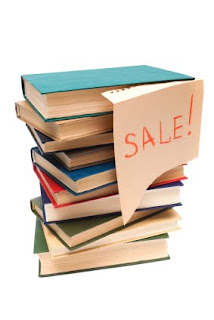 Richard wrote:
Could you explain “remaindering” in a future post? I wish I could recall the poem I’ve heard Jim Bell quote that begins, “The book of mine enemy has been remaindered, and I am glad.”

“Remainder” means that the publisher has too much stock of a book, so they sell it off at a very low price. There are companies who buy and distribute remainders. Those books in the front of Barnes & Noble on those “sale” tables? Those are actually remainder tables, and the books haven’t been moved from another part of the store. They were sold in as remainders.

Keep in mind that books are very expensive to warehouse. If there are large quantities of a book on hand, and it’s not selling at an acceptable pace, at some point the cost of storing a book is more than the book is worth to the publisher. Thus, remaindering.

If a book is remaindered it’s usually a sign that the hardcover edition is going “out of print.” But the paperback version may still be going strong, and now with books staying “in print” in e-book format, this won’t necessarily mean the rights are going to revert to the author – it may just mean it’s the end of the hardcover or print version. (Whether or not your rights revert will depend on whether electronic copies are still selling, in what quantities, and what your publishing contract requires.)

Speaking of the contract, it usually requires the publisher to offer the author the chance to buy their own book at the remainder price before selling it off to a remainder company. Also, it probably stipulates that you don’t get royalties on copies of your book sold for below manufacturing cost, so you’re not making any money on remainders. (But it’s a loss for your publisher too, so you’re sharing the pain.)

When there is excess stock, are books always remaindered? Nope. Sometimes they’re pulped. Which is… exactly what it sounds like. Not all books offered to a remainder house will be bought. Like any reseller, they’ll only buy it if they think they can profitably sell it.

A remaindered book is not necessarily a sign that it was a failure (although sometimes it does mean the book didn’t live up to publisher expectations). It means the publisher has excess stock, but sometimes that’s expected. Books of bestselling authors are often printed in massive quantities so that the “sell in” (remember yesterday?) can be huge and so they can take up more physical shelf space in bookstores, thereby being more noticeable and enhancing the potential for impulse buys. But hardcover sales drop when the paperback is released, so at that point, even very popular authors often get remaindered.

By the way, remaindering is not always a bad thing. It’s a profitable part of a bookstore (and we like when bookstores are profitable) and it can even benefit an author (the same way free Kindle books are now benefiting authors). Many readers won’t take a chance on a new author for $25 but will at $4.98, and if they love the book, they just might become a fan and buy more of the author’s books (hopefully royalty-bearing copies).

Here’s the last stanza of the poem:

Soon now a book of mine could be remaindered also,
Though not to the monumental extent
In which the chastisement of remaindering has been meted out
To the book of my enemy,
Since in the case of my own book it will be due
To a miscalculated print run, a marketing error–
Nothing to do with merit.
But just supposing that such an event should hold
Some slight element of sadness, it will be offset
By the memory of this sweet moment.
Chill the champagne and polish the crystal goblets!
The book of my enemy has been remaindered
And I am glad.