What if My Agent Doesn’t Like My Next Book? 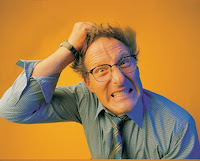 As if it’s not stressful enough getting an agent based on that first book, it seems everyone wonders the same thing. What if they love my first book but hate my second one?

I’ve had a few of my authors ask me this about their publishers – the ones that signed them to multi-book deals. “I know they like the first book, but I’m already halfway finished with the second one. What if they don’t like it?”

All valid questions, of course. So first I’m going to ease your mind; then we’ll cut to the chase.

Here’s the easing-your-mind part: you can relax. The agent or publishing house signed you because they like you, they really like you. There were forty thousand other authors they could have signed, and they signed you. Yay.

When an agent or publisher signs you, they have some degree of belief that you can write, not just one book, but hopefully many more. They have a commitment to you. They’re putting their time and effort into you, and they’re going to want to stick with you. So they’re predisposed to be favorable to what you write. Try not to worry so much.

Now for the reality check.

It’s true, many writers’ sophomore efforts fall short of the mark. The most common reason is that most authors work on that first novel, the one that sold, for far longer than the second one. They may have even agonized over it for years. The second novel, by contrast, was usually written much faster and under the pressure of a contract, if not a deadline. So naturally, the second novel has a good chance of not being quite as good as the first one.

Keep in mind that a writer working on their second for-publication novel is still a newbie. They don’t have very much experience writing for publication. They don’t have a track record that assures everyone (including themselves) of their ability to write book after book. So it’s not uncommon for everyone to wonder if the second book will be as good. Everyone worries for good reason.

If you wrote one great one, and your second one is not quite as good, the world’s not going to end. You just fix it. Presumably you’ll have the help of whoever told you it wasn’t good enough – your agent or editor. You’ll get notes for revision and you’ll get to work. Or you’ll be told to junk it and start over. (Hopefully not the latter, but it’s been known to happen.)

So the answer to the “what if” question is, “you deal with it.”

Now, a few people have written me and suggested that once an agent takes on a writer, they’re basically obligated to sell whatever the writer writes, regardless of whether the agent likes it or not. Um, not so much. It’s the agent’s job to continually assess the writing and the market, and to make judgments about which projects are worthy of putting out there. An agent needs to protect the author’s reputation by refusing to submit sub-par work; the agents needs to protect their own reputation, too. If you signed with the agent, hopefully you trust their judgment and you also have a good enough rapport with them that you can talk through any problems.

Q4U: Have you thought beyond selling that first book? Do you worry about the agent or publisher not liking your other work? If you sign with an agent, what expectations do you have about them selling your entire body of work?

P.S. Click here for an older post about whether or not an agent is obligated to try and sell every manuscript a client writes.