Where the Money Comes From 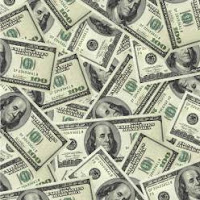 Ever since last month when the publishing world erupted in a brouhaha about Harlequin and Thomas Nelson entering the business of self-publishing, I’ve been watching the reports, reading the blogs and mulling this over. It took me awhile to identify what was really bothering me about all of this. But I finally figured it out. There are two issues that are making me uncomfortable with big traditional publishers opening up to self publishing, beyond the things I’ve brought up in my previous posts.

1. Self publishing’s NOT a great idea for fiction authors.

Non-fiction books on specific topics that have a built-in audience or subculture are much easier to sell than fiction. You can have a blog and website that attracts people who want the information you’re sharing. You may have speaking engagements through which you’ll sell books.

But fiction is different. It’s not about the information being shared, it’s about the story. And book-buyers are far less willing to take a risk on a story that nobody except the author has endorsed.

Readers generally trust the publishing and bookselling process. While they know they’re not going to enjoy every published book, at least they have the assurance that somebody likes it, if the book made it to the shelves of Barnes & Noble.

With a self-published book, a reader has no such assurance. Only the author thinks it’s good. For most readers, this is not enough of an endorsement, so they’re unwilling to spend good money on a self-published novel.

There are always going to be a FEW authors who find success selling their self-pubbed fiction online. They’re savvy promoters; they spend a lot of time in online networking. And they usually write in specific genres that tend to create subcultures or a cult-like following: fantasy, sci-fi, supernatural. But the reality is, that kind of self-pub success with fiction is rare.

So in general, I don’t recommend the self-publishing route to fiction authors, but it looks to me like that’s exactly who the folks at WestBow (Thomas Nelson) and Horizons (Harlequin) seem to be targeting.

But here’s the main thing that bugs me about large publishers entering the self-pub business:

2. It’s a seismic shift in the business model of traditional publishing.

We all know publishers are businesses and they need to make a profit in order to stay alive. The business model of publishers has always been to make money from READERS. That’s the bottom line. Readers pay their twenty bucks (not a huge investment) for a tangible product – a book. And an intangible – a reading experience. They’ll either like a book or they won’t. Either way, they’re only out their $20.

But self-publishing is different. This is a business whose bottom line is to make money from WRITERS. And that opens up a whole can of worms, because it’s no longer about $20. And it’s no longer about simply purchasing a product, knowing you might like it or you might not. Instead it’s about a writer’s lifetime of hopes and dreams. It’s about expectations that are often unrealistic. And it’s about laying down a chunk of money that’s anywhere from hundreds to thousands of dollars, with little chance of recouping it.

I think the switch from making money off of readers to making money off of writers is huge. It sells hopes and dreams more than it does a tangible product. It opens up the possibility of exploitation, even if the publisher’s intent is not to exploit but simply to increase bottom line and keep their doors open while giving writers want they want. The whole thing makes me a tad uncomfortable.

But self-publishers can make no promises to authors about any success likely to result. Agents, on the other hand, only get paid after a result: a sale to a publisher. Agents don’t sell just hopes and dreams; we sell results.

My thoughts here are purely philosophical. I’m not calling for publishers to stop the self-pubbing, since I understand the world is changing and business models need to change. I’m simply identifying the things that have been niggling at me. Most of all, I’m concerned about writers. Both of the points above are bugging me because they have the potential to mislead writers, to encourage them to part with large amounts of money, to feed their publishing dreams, when dreams of having thousands of people read their work might be unrealistic.

So here’s where I stand on self-publishing at this moment:

Non-fiction authors: As long as you can sell your work and you can afford the time and money it takes to self-publish and sell your work, I say, go for it.

Fiction authors: My advice is to stay away unless you go into it with very little risk and you are sure you can sell your books. (If money is no object, or your main goal is simply to publish enough books to share with friends and family, this doesn’t apply.)

I’m sure my thoughts will continue to evolve as things continue to change. What do YOU think?