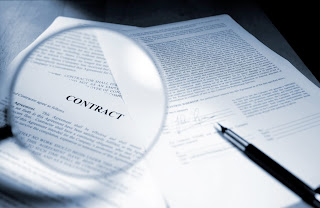 Blog reader Sue Harrison said: I’ve found myself in a frustrating situation with a publisher regarding the definition of “out-of-print” [and not being able to obtain] a reversion of rights to two of my novels. These novels have earned back their advances but are no longer available to the public. I’m guessing this situation has come about because I signed these contracts before e-book rights were contracted. Do authors still have so much difficulty obtaining a reversion of rights when their books are no longer in print?An anonymous blog reader said: I am especially interested in how you handle e-books—is it possible for the author not to sell those rights at all, and how do you negotiate when (and if) those rights revert?Good questions. Rights reversion is an important element in a publisher contract, and this is one of the reasons to have an agent or someone knowledgeable in publishing who can negotiate a contract for you.

“Reversion of rights” simply refers to the point in time at which the publisher no longer owns the rights to your book. When the rights revert to you, the author, you’re free to sell them again or do whatever you want with your book. In the past this wasn’t as important because it was unlikely that another publisher would want to take on an already-published book. Your main option was to self-publish and you’d likely not be able to make enough money to cover your self-pub costs.

But all that’s changed in the digital age. Now, when the rights revert, you can simply and cheaply format your book for Kindle and all the other e-book formats, and keep it for sale forever, perhaps making a few extra bucks a year. So there’s a strong reason to want to get the rights back as soon as the publisher is no longer making you any money.

Of course, this is also why publishers want to hang on to rights as long as possible. Once a book stops being printed in the ink-and-paper format, the publisher can benefit from keeping it “in print” and continuing to sell e-book versions. As long as they have a chance to make money from your book, they may not want to give up the rights.

In Sue’s case above, it sounds like her books are not available in any format, and yet the publisher is hanging on to the rights in case they get around to making them available as e-books and making a few more bucks someday. Apparently there was no clear provision for defining “out of print” and “reversion of rights” in Sue’s contracts which were signed over a decade ago—a common issue for many writers.

Today, we are very clear in our contracts about what defines out-of-print and triggers a reversion of rights. Typically, the publisher wants to keep the rights as long as they’re selling a certain base number of units. For example the contract may state that they retain the rights as long as they’re selling, “100 copies in any print or electronic version within a single royalty period.”

As an agent, I don’t really think 100 units is enough to justify their keeping the rights. I usually try to get it changed to something like 400 units (but publishers are not excited to grant this). Usually there will be a provision that you cannot request a reversion of rights if your advance isn’t earned out. The contract language may state, for example, that if the advance is earned out and the publisher’s sales fall below a threshold for two royalty periods in a row, the author can request a reversion of rights if the publisher doesn’t bring their sales up in the next royalty period. So again, it’s helpful to have an agent who can watch your sales in each royalty period, and make that reversion request at the right time and in the proper manner.

As you can see, with the possibility of a passive income stream coming from e-books they don’t have to promote, print, ship or store, publishers are going to want to hang on to the rights as long as possible. With the difficulty of making money in today’s publishing economy, this is a good thing to help keep publishers in business. As an agent, I want to balance that with what’s best for the author, and try not to let the publisher keep rights past the point where they are reasonably exploiting those rights.

Sue is in a difficult situation—the publisher appears to be holding rights they’re not exploiting, so nobody’s making money, yet Sue doesn’t have the ability to take back her books and make money on them again herself. She may need a knowledgeable lawyer or agent to try and work something out with the publisher—convince them to either offer her books digitally or release the rights. She may not prevail, depending on who her publisher was and what her original contract says.

In answer to the second question from Anonymous—I think you can see from what I’ve written here that electronic rights are extremely important to publishers and there wouldn’t be a chance of withholding those from a contract. I suppose there could be exceptions, but in my experience, asking to withhold e-book rights from a deal would not only be a deal-breaker, it would get me laughed out of the room.

I hope this makes Reversion of Rights pretty clear. Anything here you don’t understand?

P.S. Blogger seems to be eating comments at an alarming rate today. It took me two tries to get my comments to post. Feel free to email me if you have something to say and can’t get Blogger to take the comment. (Write your comment but copy it before you click “post” in case you need to email it.) You can also DM me on Twitter (@RachelleGardner).